12,126 Peace Messengers Deliver the Hope of Peace to the World

"What really made a strong impression was the larger picture - the teamwork, the humility, the attention to detail. The work that HWPL is committed to requires that a tremendous amount of people become united by a single purpose and work together on such a level that has never been witnessed in the history of the world peace.

I would not trade the chance to see this performance for any other performance in the world." - A message from a participant

Global leaders around the world began to discuss action plans for advocacy and implementation of the Declaration of Peace and Cessation of War (DPCW) at the WARP Summit. At the Peace Festival on the second day of the Summit, the IPYG Card Section Performance was displayed with the title "War and Peace.” The eye-catching images made by 12,000 cards have been the symbol of HWPL's peace initiatives.

A world of peace desired by humanity has been devastated by the roaring cries of war. Images created by the combination of each card from 12,000 youth illustrated the atrocities of war and loss of human value in the 20th century. Then what is needed to make this world a place where peace can prosper? Scene 2 and 3 offered a solution to our global community. 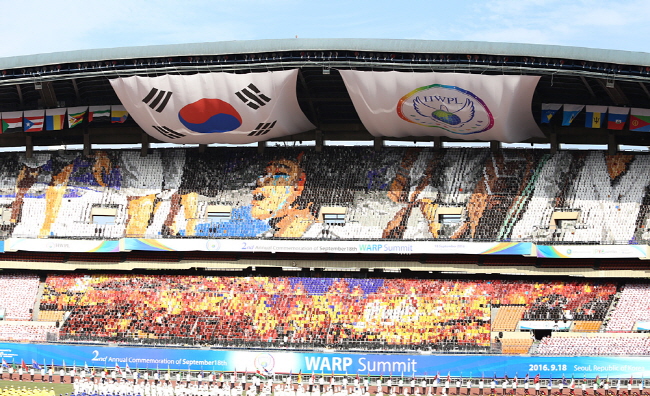 All wars that occurred since the twentieth century, including World War I & II, the Vietnam War, the Korean War, and the ongoing conflicts in Afghanistan and Syria, as well as the atrocities committed during war-time were lively expressed. 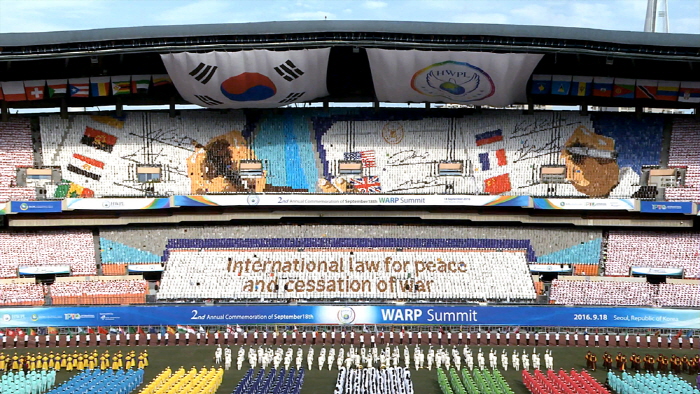 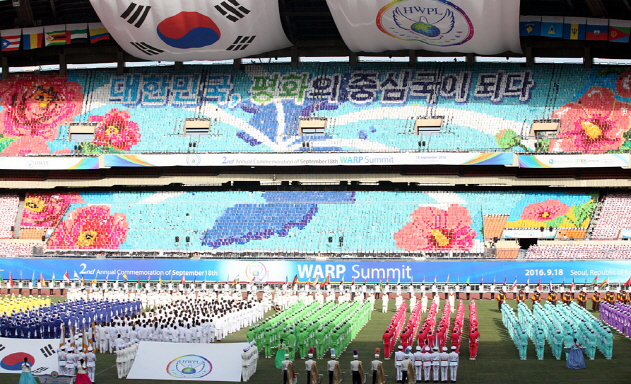 The only divided nation in the world, the two Koreas, has seen the peaceful unification within the world of peace achieved through the DPCW. The footsteps of HWPL drew all wars to a full stop and brought forth peace and unity. 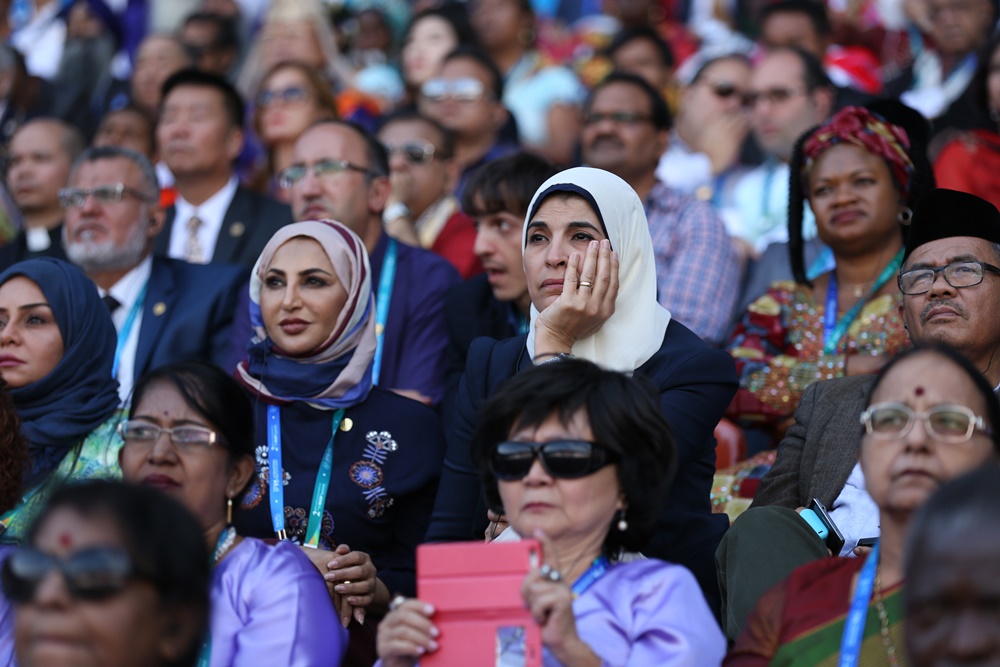 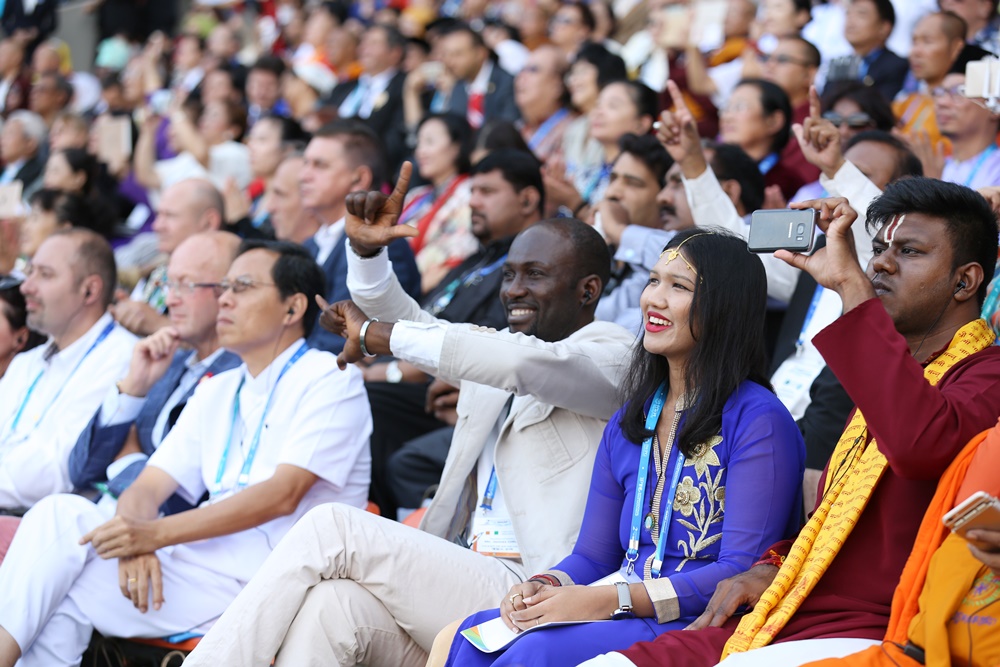