A Flower Blooming in the Desert: The Hope of a Better Future for Women Everywhere

Last month the world celebrated International Women’s Day, which was officially announced by the United Nations as an international holiday in 1975. The origins of this day, however, trace back to the turn of the 20th century when women’s rights movements were at their peak, especially within North America and Europe. This day is meant to emphasize the achievements of women worldwide who transcend the borders of culture, race, nationality, religion and more in order to work towards a better future for all.

However, the true reality of the achievements women are making every single moment cannot be fully captured within the span of a single day. Even now women around the world are coming together to make a better world for our future generations to live in. From breaking career barriers to expanding education opportunities, from women’s rights campaigns to peace movements, women are making a positive impact on the global community, and these achievements should not only be remembered on International Women’s Day. 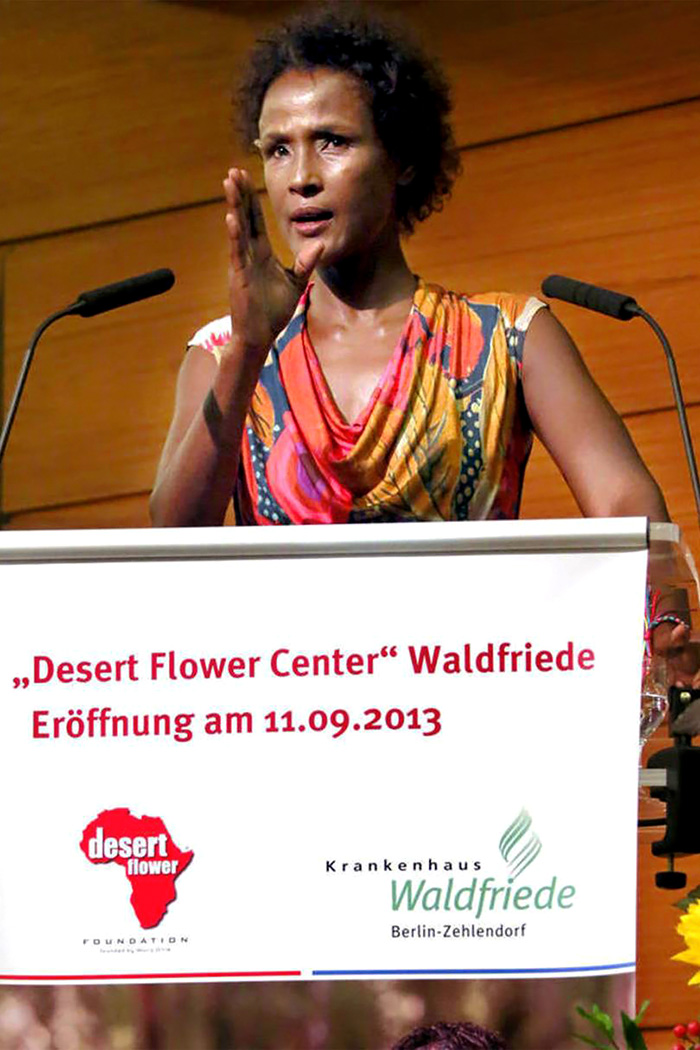 One such woman that has been leading the charge in advocating for the rights of young girls and women is human rights activist and former model Waris Dirie, who has proven that no matter who you are or where you come from anyone has the power to make a difference in the world. From a rural community in Somalia, Waris Dirie grew up in less than advantageous conditions and personally suffered at the hands of the cultural practice of female genital mutilation (FGM) at the tender age of 5. It was from that moment on that Waris Dirie made a personal pledge to put an end to this obscene practice and take a stand against the injustice that was so commonly committed against women in that region.

Dirie at the opening of a Berlin clinic
offering surgical and psychological support
to FGM victims
CREDIT: ALAMY

After fleeing for days across the desert to escape a forced marriage at the age of 13, Waris Dirie continued paving out her own path in life, going against the societal and cultural expectations that she was born into. It was around that time when she travelled to London and worked for a time as a maid for one of her relatives. Soon after, she was discovered by a famous photographer and her modeling career began. Despite achieving quite a high level of success and fame through modeling, Waris Dirie was left unsatisfied because she knew the reality of what was still happening to thousands of innocent young girls in her home country.

As a result, rather than focusing on making her own life better, Dirie made the decision to utilize her public position and fame to become the voice of those suffering in silence, unnoticed by the world. So, she opened up publicly about her past and began to spread the message of the human rights violations occurring all across Africa.

She worked to unite people from all walks of life together in opposition to the practice of FGM and was quoted in an interview as saying “If we put it into the open, if it's on TV and in the newspaper, if we have politicians and religious leaders talking about it and saying no, then we fight it together”. 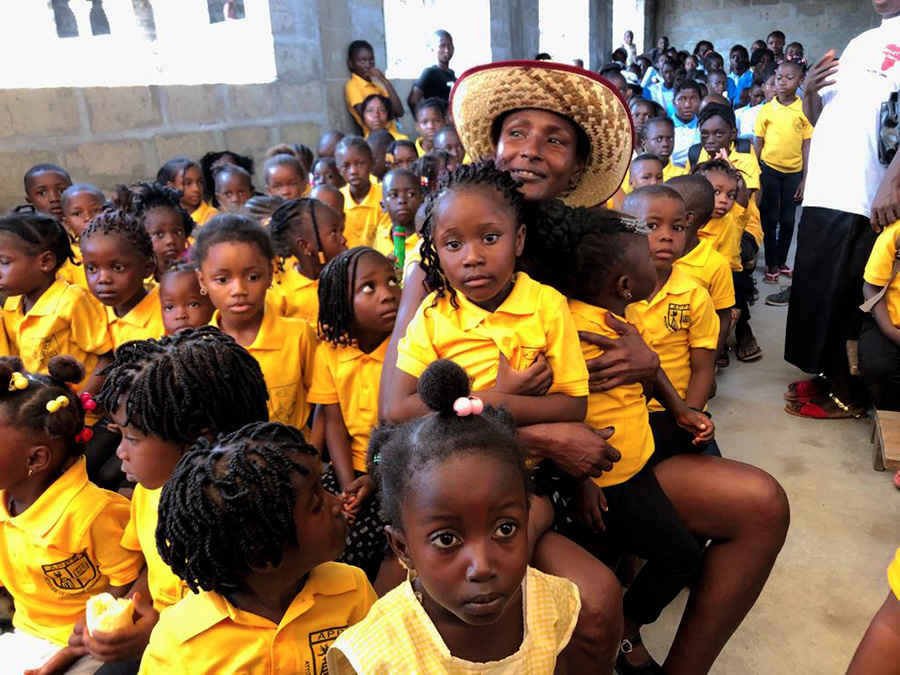 In order to gather even more support, in 2002 Waris Dirie founded her own organization, which was later renamed the Desert Flower Foundation. Day and night, she worked to put an end to the practice of FGM and empower girls to protect themselves and their own rights and freedoms.

She was even appointed as a UN special ambassador and went on to write and publish several novels detailing her own personal experiences and the stories of other girls and women facing similar situations, one of which was later turned into a full-length film.

Waris Dirie’s achievements continued and this year she was even awarded the Sunhak Peace Prize 2019 in Seoul, South Korea for her dedication to peace and a better life for future generations. "It's a peace prize. Peace means a lot to my life. Also, I'm receiving it in Korea, a conflict zone just a few miles from North Korea which needs freedom and peace," Dirie said in an interview with The Korea Times in Seoul.

Her work has truly not been without results; in fact, in a short span of 20 years the rate of girls in East Africa becoming victims of the practice of FGM has dropped from 70 to 7 percent. This shows the true power of passion and dedication to make a difference in the world. Waris Dirie serves as an inspiration to women everywhere and has shown that change is possible if there is cooperation and unity among the people.

She has said that “this is not one person's war – all of us have to do something”, showing that all people must work for the change they want to see in the future. 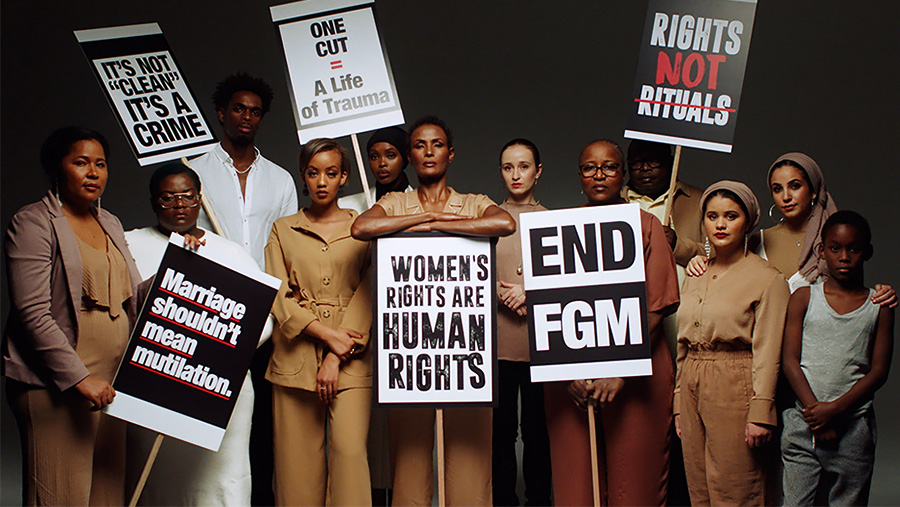 When a single stone is thrown into a lake it creates countless ripples that spread across the entire surface of the water. Waris Dirie began her journey as a lone woman seeking change, but the movement has now spread throughout the international community and more women are uniting under this single cause.

Girls everywhere have now found their voices and are standing together as one in support of a better future. If all women unite for peace and human rights protections, then they will create an unstoppable force for change. A single voice may go unnoticed by the world, but a united cry from all women in the world can never be ignored.