The launch of this network was made at the suggestion of reporter Makaila N'guebla of ‘La Maison Des Journalistes’. At the second France Media Forum that was held on July 6th, the Syrian, refugee reporter said that “the world's media outlets tend to report mostly on negative and provocative material, such as conflict and violence. I think the media can play a big role in actualize peace around the world if the media also reports the positive aspects of the world in a balanced manner".

The other VIPs who attended the network also fully agreed with the meaning of “peace journalism” and suggested in detail how HWPL could achieve this. Furthermore, they also expressed support for HWPL's "Peace Media Network," saying the network's launch ceremony would create a good synergy if it were joined by reporters who are working in numerous countries undergoing war, not just in France.

Jaun Carlos, a TVGE reporter, said, "The question of peace is an important issue in modern society every week, and now the government makes its own decisions. But it has to move globally. For example, we should use the youths to inform other youths of all our activities and furthermore more people. We need the strength of the youths". 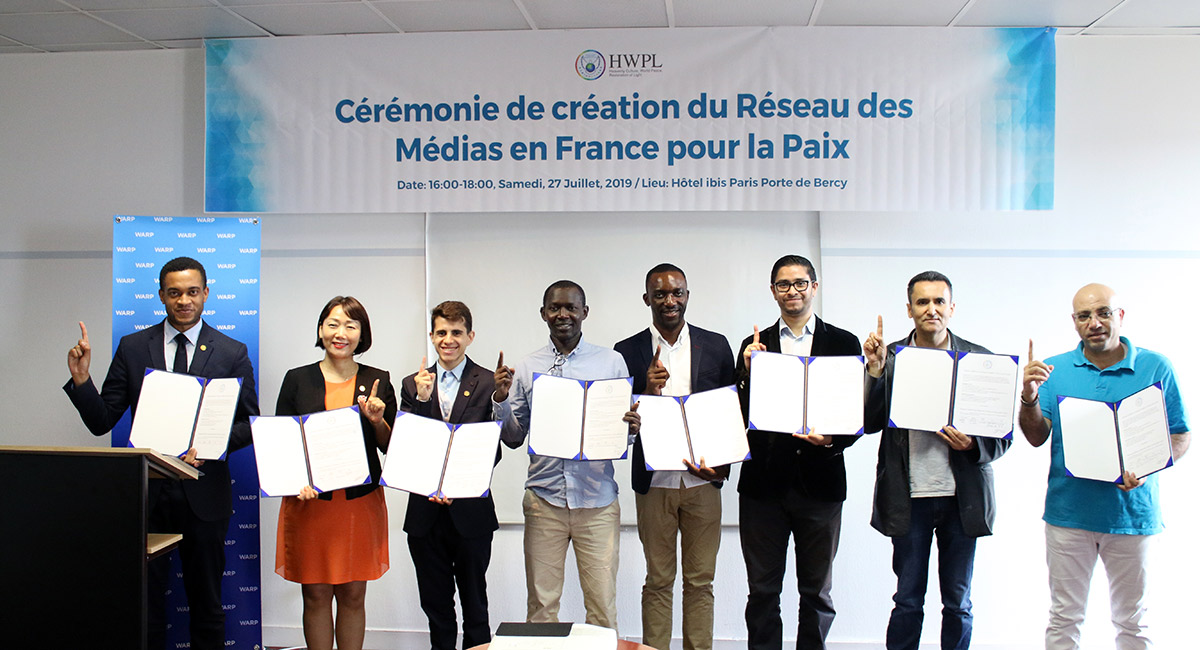 Hamid Chriet, a freelance political commentator on BBC and Russia TV, said, "It is not easy to discuss peace in a powerful country with many interests entangled. And if 'Peace Media Network' is to continue to function, it will not only be limited to France, but will also be able to develop its network with other countries, such as the Gulf states that are interested in the subject of 'peace' and are directly related to it."