Legislate Peace – Implementation of the DPCW for Sustainable Development

The 2019 World Peace Summit: 5th Anniversary of the WARP Summit will be held under the theme ‘Legislate Peace – Implementation of the DPCW for Sustainable Development’ from the 18th to the 19th of September for a total of 2 days in Seoul, South Korea. The Summit has been held annually since 2014, providing a platform for leaders in politics, religion, youth and women’s groups, the press and media, and civil society from around the world to discuss the ideas and practices required to achieve peace, which is a common goal for the entire global community. 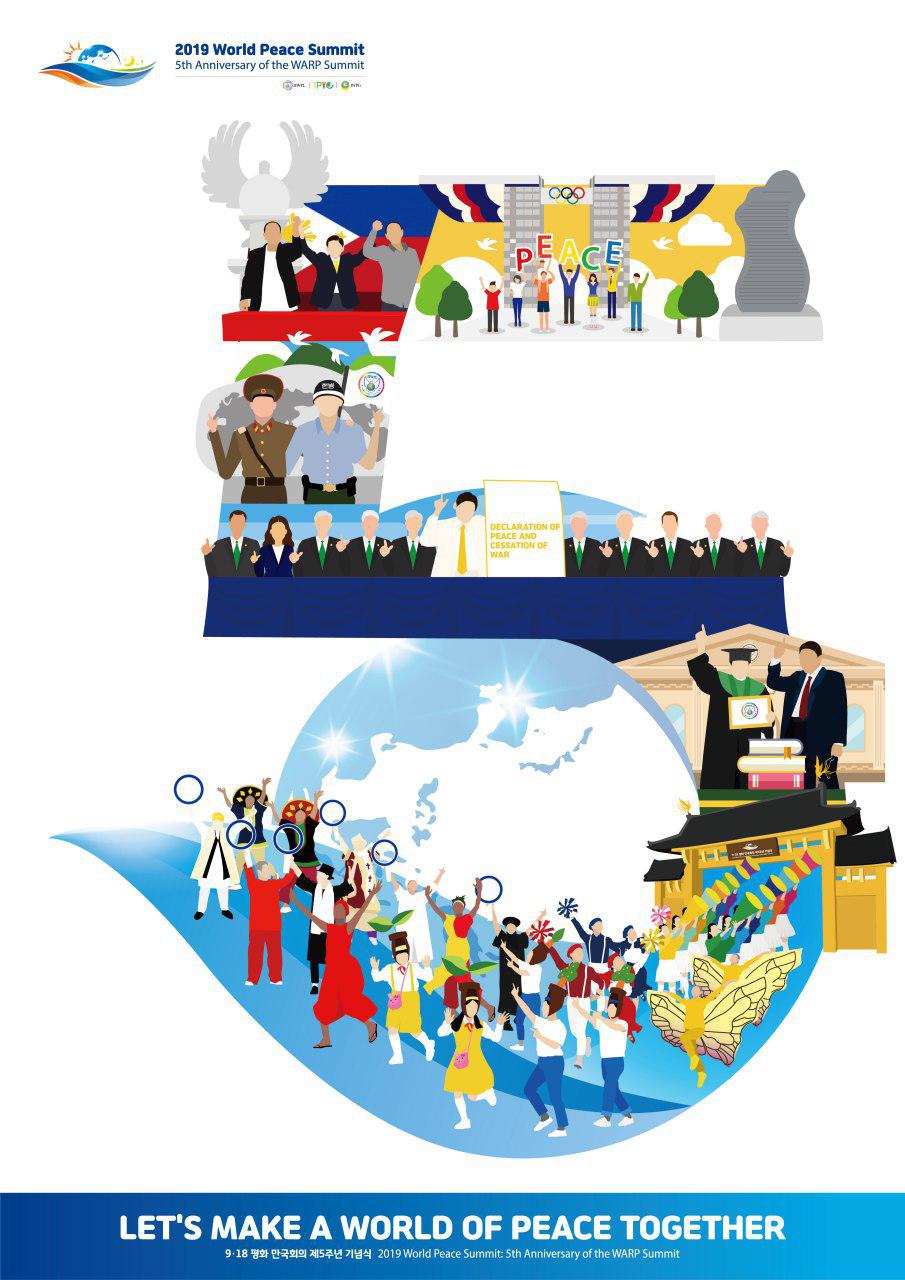 This year, we will share the achievements of the past year, which was focused on solidifying peace networks in various fields, and provide a more detailed direction for the advancement of the realization of world peace. For this purpose, there will be events held in around 200 cities in 110 countries around the world with the goal of establishing a universal standard and international order that can be applied across the globe and enacting an international and legally binding law for peace. One of the core principles of peace, the spreading of a culture of peace, as presented in the Declaration of Peace and Cessation of War (DPCW), is now gaining popular support and expanding into a global peace movement.

Beginning on August 27th over 200 cities, including Washington D.C., New York, Los Angeles, Paris, France, Mindanao, Philippines, Suva, Fiji, Addis Ababa, Ethiopia, Cape Town, South Africa, and more, will host conferences, forums, supporting signature events as part of the Peace Letter Campaign and various cultural events as a means of supporting and
advocating for the enactment of the DPCW and around 300,000 are expected to attend.

HWPL, along with world-renowned international law experts and scholars from various fields, proclaimed the DPCW on March 14, 2016 with the aim of creating an internationally legally binding instrument that would bring a complete end to the causes of war and armed conflict. The 10 articles and 38 clauses of the DPCW is a comprehensive documentation of the principles of peace that are required in this current era through an inclusive approach to ban, prevent, and resolve conflicts. The DPCW aims to ensure the realization of true peace and that its value can be taught to the next generation that will lead the global community through the key principles of ensuring the freedom of religion and ethnic diversity from the military, security and politics and spreading a culture of peace through peace education. 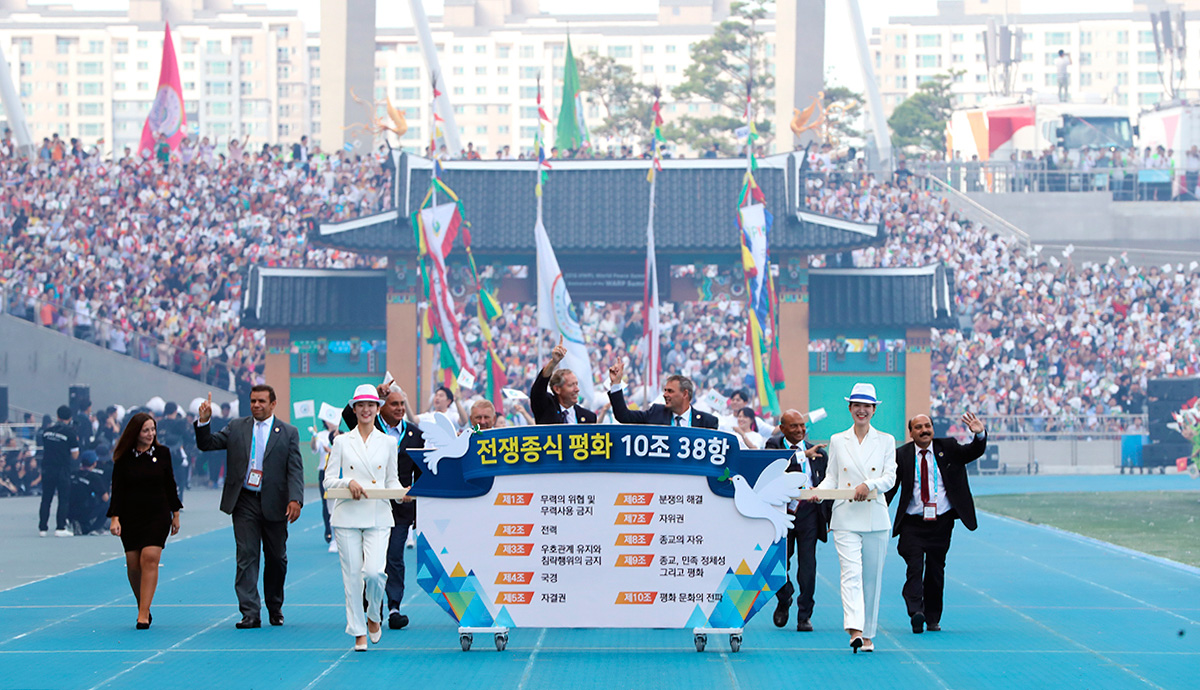 The DPCW, a comprehensive document that clarifies the role of the members of international society to prevent and resolve conflicts, is in the process of being introduced to the UN as a draft resolution. As a part of the process, HWPL and its affiliated youth organization, IPYG, are promoting the “Legislate Peace” project worldwide, which has since gained support from 1.5 million citizens from 195 countries through supporting signatures and peace letters written to their respective national leaders.

The “Legislate Peace” project is a comprehensive cooperation campaign carried out around the globe in support of the core principles of peace contained in the 10 articles and 38 clauses of the DPCW becoming an international, legally binding document that can be applied not only within individual societies but on an international level within the global community as a whole. In order to achieve the global community's shared goal of ending war and achieving world peace, this year's ceremony will share specific examples of implementation within each area of the project and discuss future plans.