In September, ‘the 5th Anniversary of the September 18th World Peace Summit’ was held at the 166 locations in 113 countries such as Ethiopia, France, England, Australia, Russia, India, United States and South Korea with the cooperation from an international peace NGO HWPL, global civil society and governments.

At the event ‘Legislate Peace – Implementation of the DPCW for Sustainable Development’, organizers received public support for the establishment of a legally binding international instrument based on the Declaration of Peace and Cessation of War (DPCW).

The DPCW is a comprehensive document which clarifies the role of the members of international society in conflict prevention and resolution. While it is in the process of being introduced to the United Nations as a draft resolution, Heavenly Culture, World Peace, Restoration of Light (HWPL) and its affiliated youth organization, International Peace Youth Group (IPYG) are promoting ‘Legislate Peace’ project worldwide, which has gained 1.5 million support from 195 countries through signatures of support and letters written to their respective national leaders.

On September 5th, at Eshtu Chole Hall in the Addis Ababa University, the HWPL Ethiopian branch presented the needs and reasons for supporting the DPCW and shared the details of HWPL activities in Ethiopia with the congressmen, former chief justice, professors, journalist, youth, women, and religious leaders at the event.

The event aims to urge high-ranking officials to give their unwavering support for the peace projects and receive replies from the Ethiopian President and Prime Minister for the hand-written peace letters. Furthermore, organizations working to put an end to wars and conflicts in Africa signed MOUs with HWPL, joining the peacebuilding efforts in the future. 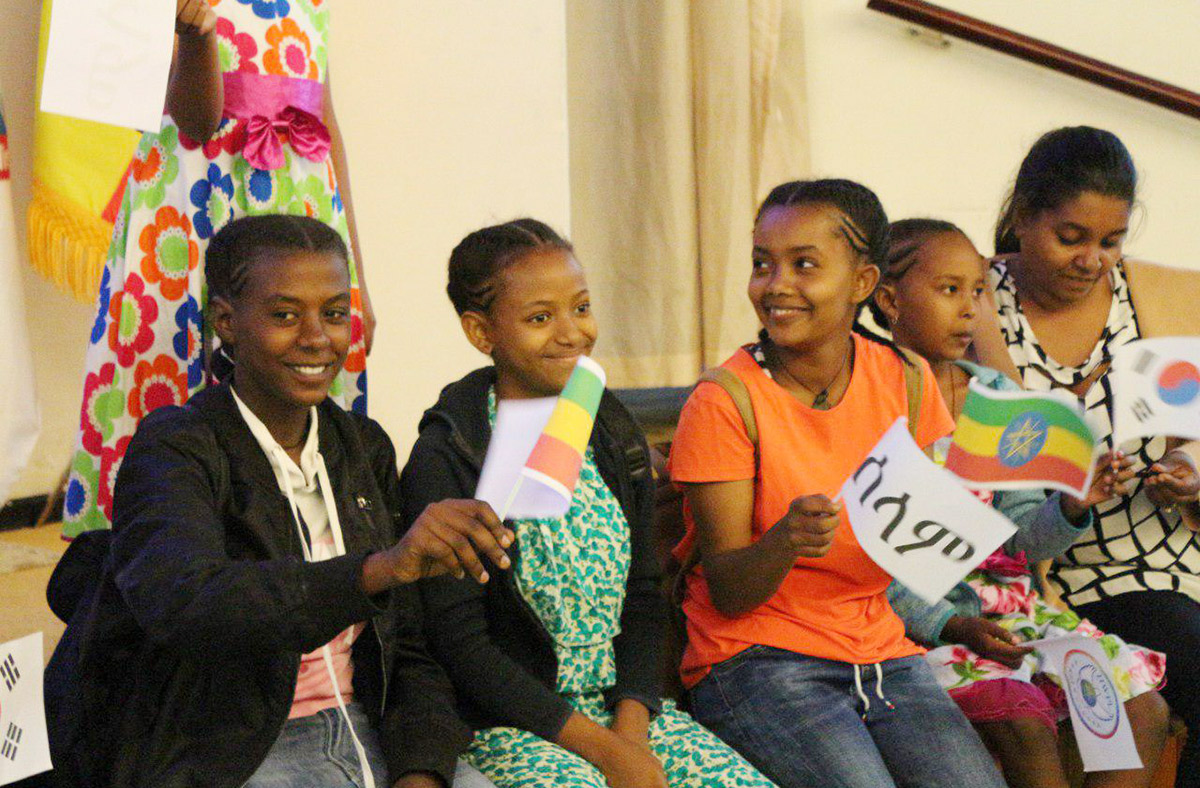 At the Summit in Ethiopia, Yohannes Benti, the President of Ethiopian Teachers Association signed MOU with HWPL on behalf of his organization and emphasized, “For us to find peace in this world, we need to learn to bring harmony among different groups. Though we all might look different, what is inside of us, the values we need to put in our hearts for peace, are common. HWPL teaches about the world peace that all these different individuals can bring together by holding hands each other, keeping their identity and sharing the spirit of peace at the same time.”

Also, the executive director of Lem Ethiopia, Mogues Worku appealed participants to support the DPCW by explaining, “the world's countries and international organizations should put first priority on spreading a culture of peace across races and borders and cooperating to resolve it through the international law in order to protect the safety of mankind from the threat of war.”

‘There is no alternative to peace’: HWPL Holds Government Accountable for Peace Building 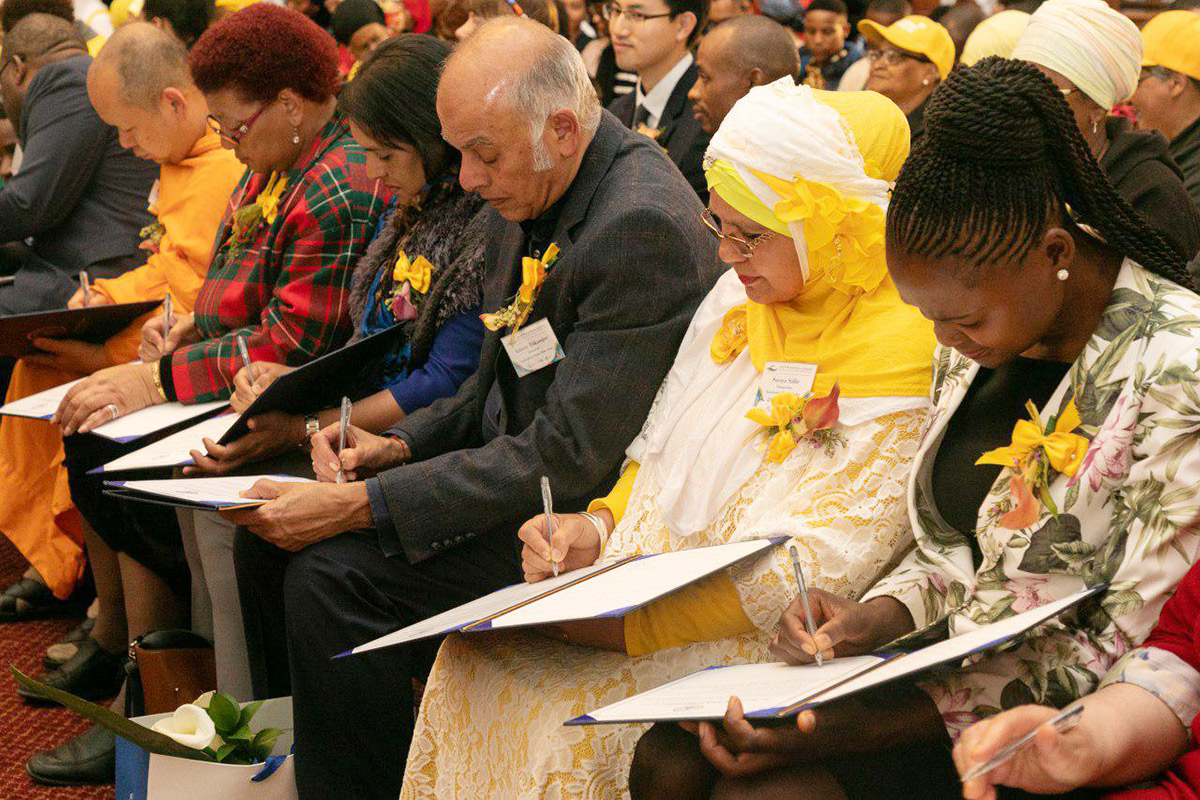 On 10 September 2019, over 350 participants came together to celebrate the 5th Annual commemoration of the “Heavenly Culture, World Peace, Restoration (HWPL) World Peace Summit” at the Centre for the Book in Cape Town, South Africa. Amongst the guests were government representatives from South Africa, Mozambique and the Republic of Seychelles. As a part of HWPL’s Peace Letter campaign, where thousands of youth wrote peace letters to their Heads of State urging for the adoption of an international peace law for peace, the response from the President of Seychelles was read out during the event.

In a span of six months, over 5 000 South African youth have participated in the LP campaign and sent handwritten letters to His Excellency President Cyril Ramaphosa's office, expressing deep and relevant concerns regarding the increasing levels of crime within their communities across South Africa. These pleas contextualized the lives of everyday citizens plagued by gang violence, gender-based violence, and the lack of peace within their communities. Among others, in Southern Africa, these letters have garnered responses from the Presidents of the Republic of Seychelles and The Republic of Mozambique.

Other supporting officials include; various Chief Justices, Speakers of Parliament and Ministers who have advocated for the DPCW to be promoted by citizens of their countries. Some of the solutions proposed by the youth include; preventative measures such as peace education as a curriculum in schools, developing a culture of peace through collaborative governance and the promotion of a new international law for peace. In South Africa, these solutions remain unheard as the youth found themselves swept amid the most violent scourge of xenophobic attacks, murder, and raping of our women. 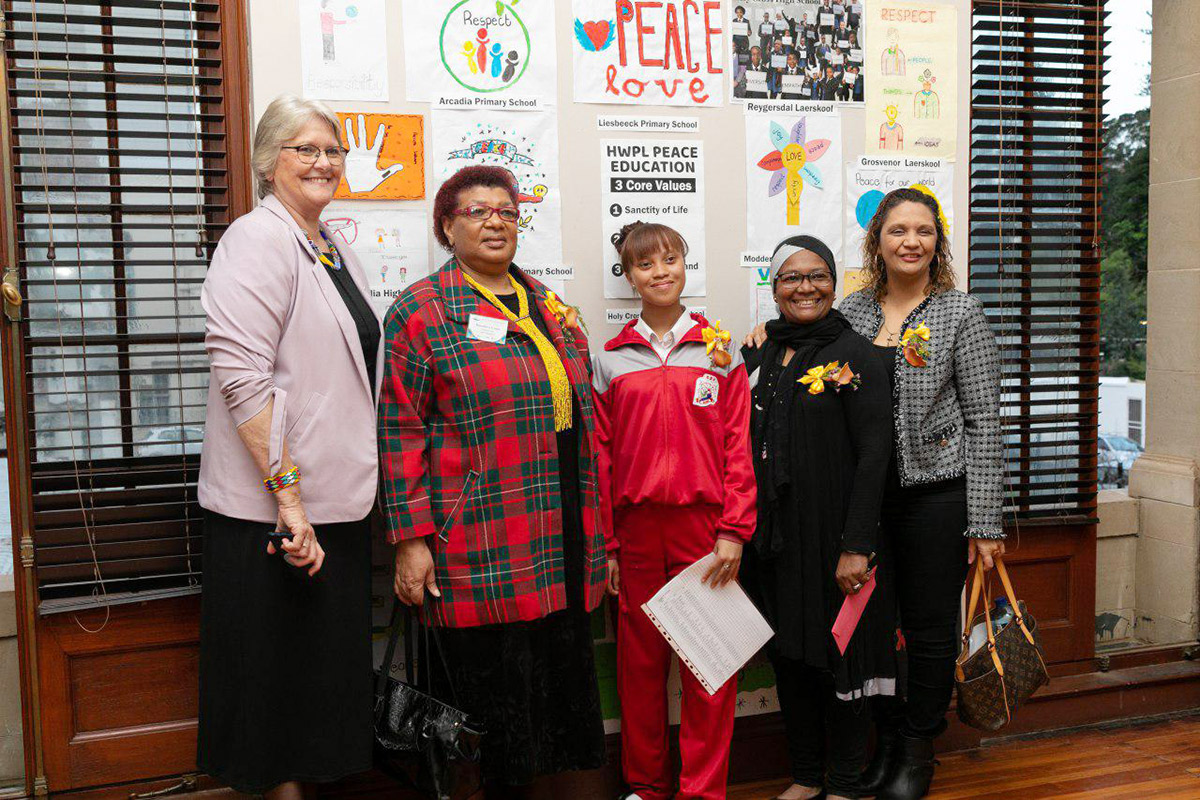 In a letter addressed to South African President Ramaphosa, thirteen-year-old Liesbeek Primary School student from Mitchell’s Plein Kiara Keffers highlighted the current surge in gender violence: “Women should not live in fear of being physically or sexually abused. Children should not live in fear of being kidnapped, killed or trafficked around the world.” Keffers also encouraged the president ‘to wage the war against abuse to women and children by signing the Declaration of Peace and Cessation of War to prevent and end violence against our people.’

Up to date, IPYG has received numerous responses to their peace letters. These include Former President of Malawi Joyce Banda, the First Lady of Namibia as well as President Danny Faure of the The Republic of Seychelles.

In a hand-written response, President of the Republic of Mozambique Filipe Nyusi revealed that the nation is working hard towards inclusive socio-economic development. “In view of our own experiences as Mozambicans we share your war horror stories, those bitter experiences have cemented our deep-rooted quest for peace through consensus and conviction that there is no alternative to peace”. President Nyusi, who recently signed Mozambique’s government and the former rebel organization Maputo Peace and Reconciliation Agreement also congratulated the youth for breeding young leaders that advocate and practice peace.