For this contest, a piece of work related to Ulsan is to be submitted where they can introduce main attractions, tourist spots, cultural places of Ulsan or introduce stories of Ulsan that have not been well-known to many people so that the beauty of Ulsan can be portrayed. They can choose various Ulsan’s culture, figure, nature, event, place, and more for their contents. 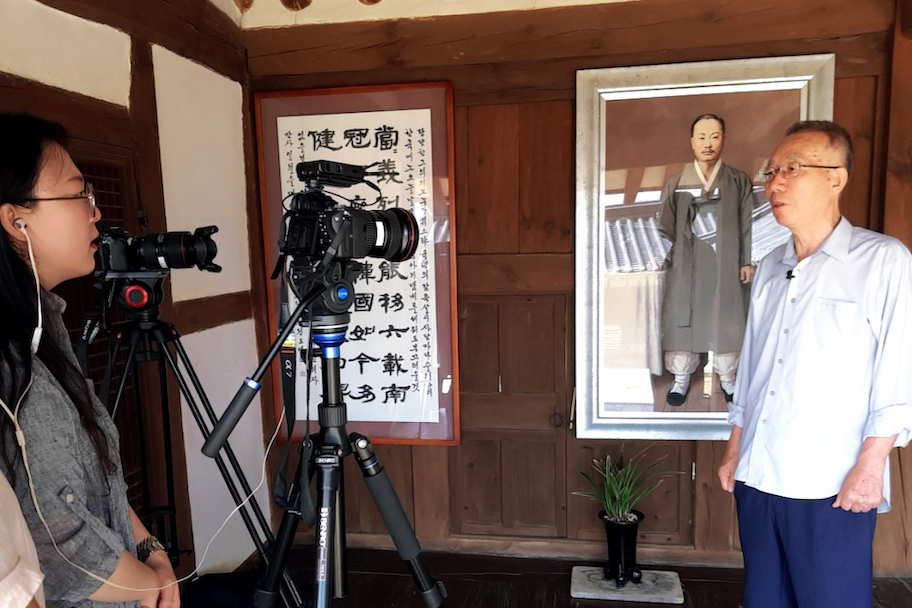 ▲Mr. Park Joong-hoon, the Director of the Buk-gu Cultural Center and great-grandson of Dr. Park Sang-jin, is doing an interview for the documentary.

The contest which celebrates its second year held from April 1 to August 31. About 200 teams participated in either adult team (documentary, UCC, picture) or teenager team (UCC) and submitted various works. The adult team contest had three parts: documentary, UCC, and picture; and most of the prize-winning works were from professional companies and production teams. However, there is a great meaning for an amateur team like the Ulsan IPYG to win a bronze prize.

The Ulsan IPYG following their plan to organize their initiative with their region and community, focused on the patriotic martyr Park Sang-jin who is from Ulsan. Even though they did not have enough time until the deadline, they still applied for the contest because they thought it was a good opportunity to introduce Dr. Park Sang-jin more to the public. 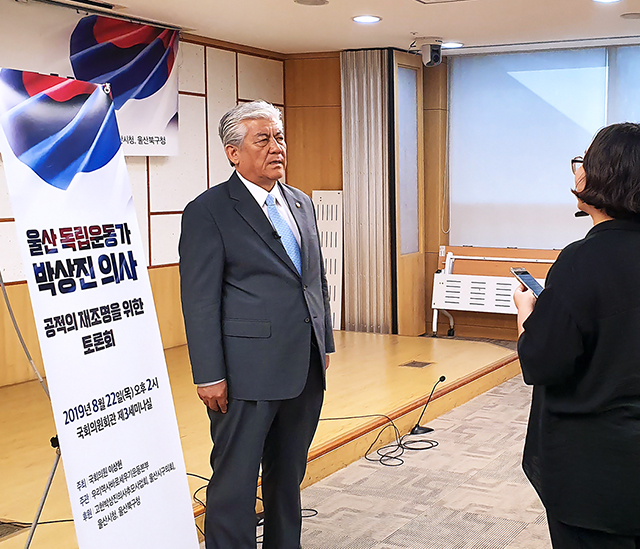 The IPYG members who created this documentary gave a speech after receiving the award. They said, “It was unfortunate to see that Dr. Park Sang-jin, who was the head of Daehan Gwangboghoe as well as the deputy commander of well-known General Baegya Kim Jwa-jin, was not well-known to the Korean citizens. While preparing for this documentary, we had a meaningful time where we were able to find and discover more about Dr. Park Sang-jin.”