The Peace Summit Philippines 2019 was held on September 6 at Cotabato City State Polytechnic College and on September 7 at Marco Polo Hotel, Davao, and about 4,000 people attended. Since August 29, 12,100 Philippine citizens have signed in support of the Declaration of Peace and Cessation of War (DPCW) and its introduction to the United Nations. Also, citizens have sent 2,750 Peace Letters to the office of president of the Philippines, and they are waiting for an official reply from President Rodrigo R. Duterte.

Akmad A. Brahim, Head of the MILF Secretariat of Joint Normalisation Committee, attended as a deputy. He said, “By this time, it is no longer a secret that peace is not just a concept to us, but rather, has been our driving motivation. Everyone in attendance, your support to our organizer's Declaration of Peace and Cessation of War (DPCW) has been remarkable. The answer of peace is the DPCW. The creation of such document is fitting in many aspects to our context here in the Bangsamoro region, and we are committed to support whatever measures you decide upon and rest assured that the very of heart of your declaration is embedded in the application of our Bangsamoro Organic Law and is heavily enshrined upon our daily operations as the Interim Chief Minister of the BARMM.”

The City Council of Cotabato, Mindanao, passed a resolution supporting the DPCW and issued an official statement in this regard. Davao’s leaders and representatives from all walks of life attended the session held at Marco Polo Hotel and discussed practical ways for the implementation of the DPCW. They agreed to carry out the DPCW signature campaign at 71 universities in Region 2 of the Philippines and in 11 cities of Davao del Norte. 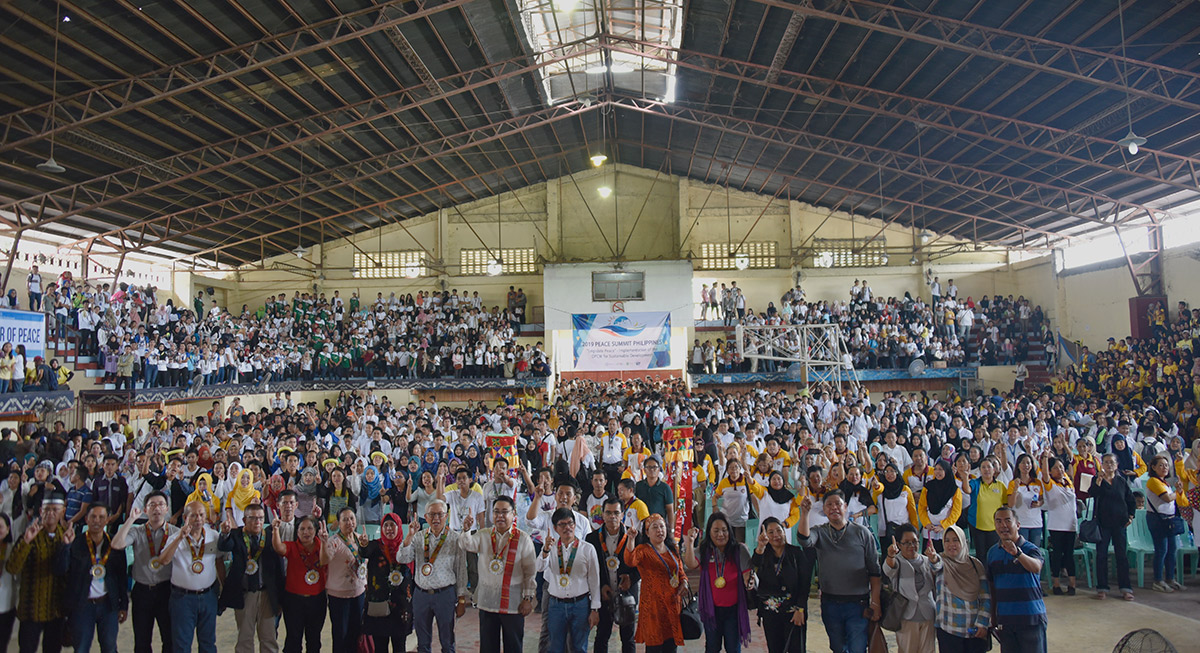 Ronald L. Adamat, Commissioner of the Commission on Higher Education in the Philippines (CHED), explained about the development of peace education in the Philippines, saying, “In January 2018, a MOA signing between CHED and HWPL was concluded. In August 2018, there was a successful initiative to integrate peace education and indigenous people studies into the tertiary curricula through CHED Resolution Number 435 and 436 respectively. We at the Commission on Higher Education have finally issued CHED Memorandum Order No1 Series of 2019, which is the ‘Integration of Peace Studies Into the Relevant Higher Education Curricula.’ And that is shall be implemented amongst state universities and colleges, local universities and colleges and private higher educational institutions across the archipelago.”

Maria Theresa Timbol, Mayor of Kapalong, Davao del Norte, and Chief Branch Manager of the IWPG Davao Branch, launched a signature campaign for the DPCW in the city and collected more than 7,000 signatures from citizens. “So when I went home to our place, I said to myself, ‘I have to do a lot of things for peace for my municipality.’ I was the first woman elected Mayor in our place. The first thing I did was to pass an ordinance declaring March 7 as Peace Day for Kapalong, and that is a holiday. It is overwhelming that we become part of making the world know especially to the women that we wanted peace. We wanted our young children be instilled in their minds and in their hearts that someday, ‘They are in Kapalong, in Mindanao, in the Philippines known for being a peaceful country,’ and that is our responsibility,” Timbol said. She expressed her determination to continue cooperating in the work of peace.

Julieta Paras, Director of Regional Office 2 of the CHED, promised to actively advocate the DPCW to 71 higher educational institutions in his region. The IWPG Philippines Branch and Philippine Federation of Local Council of Women (PFLCW) signed a bilateral memorandum of understanding on peacebuilding in Mindanao. Adzar Madjid, regional director of the World Assembly of Muslim Youth (WAMY) in the Philippines, also signed a partnership agreement with the IPYG in an effort to build peace among youth.

At the Peace Summit Philippines 2019, people from different sectors discussed practical ways to support and implement the DPCW. 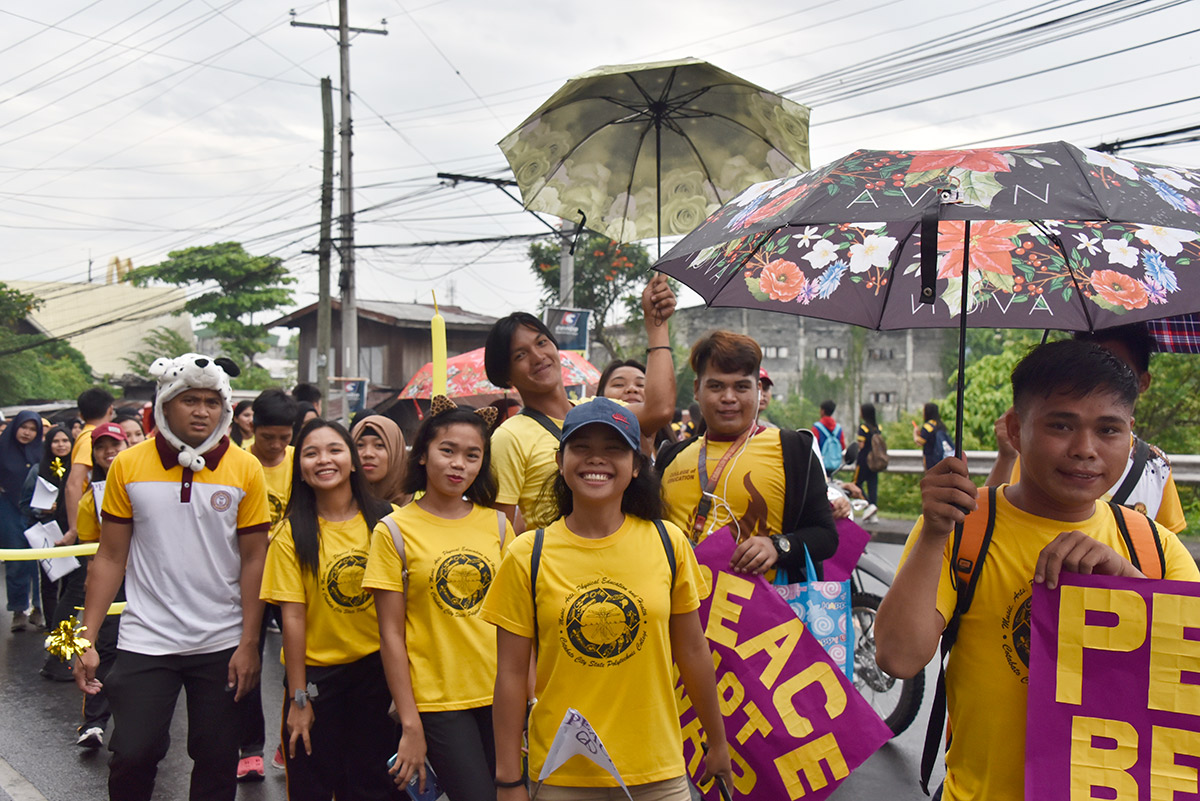 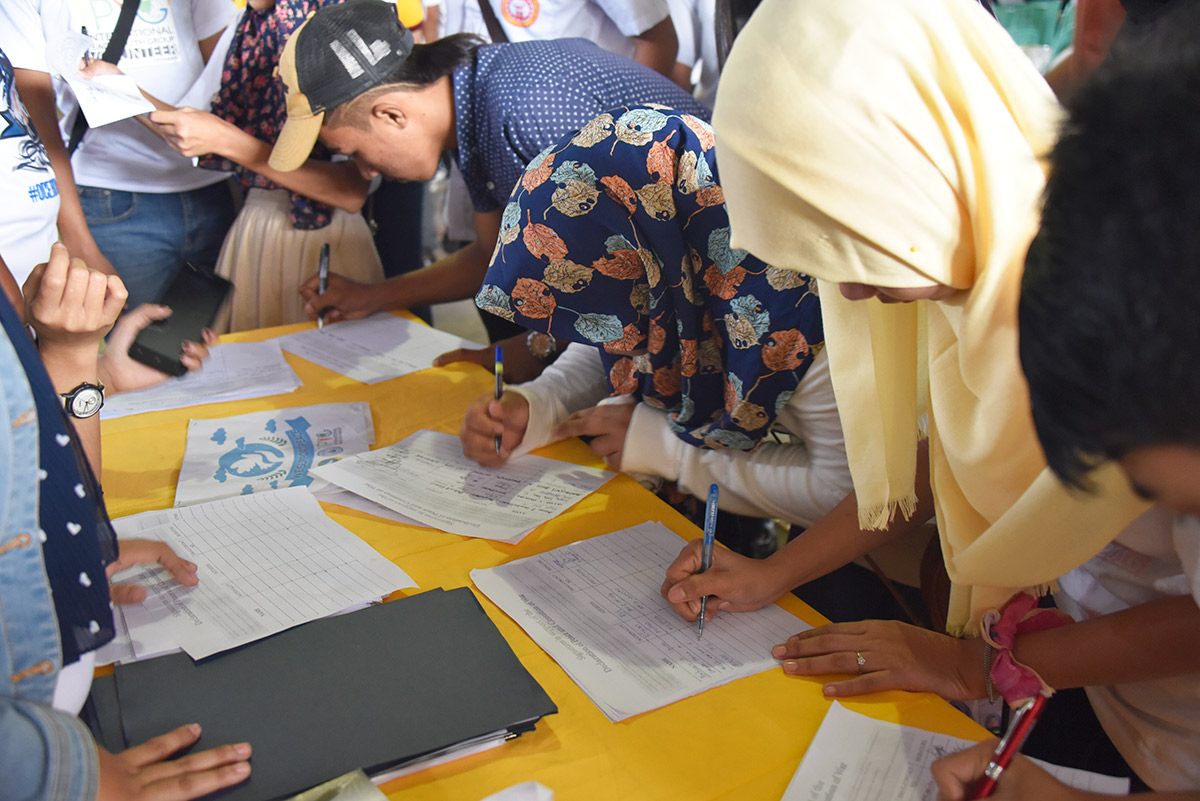