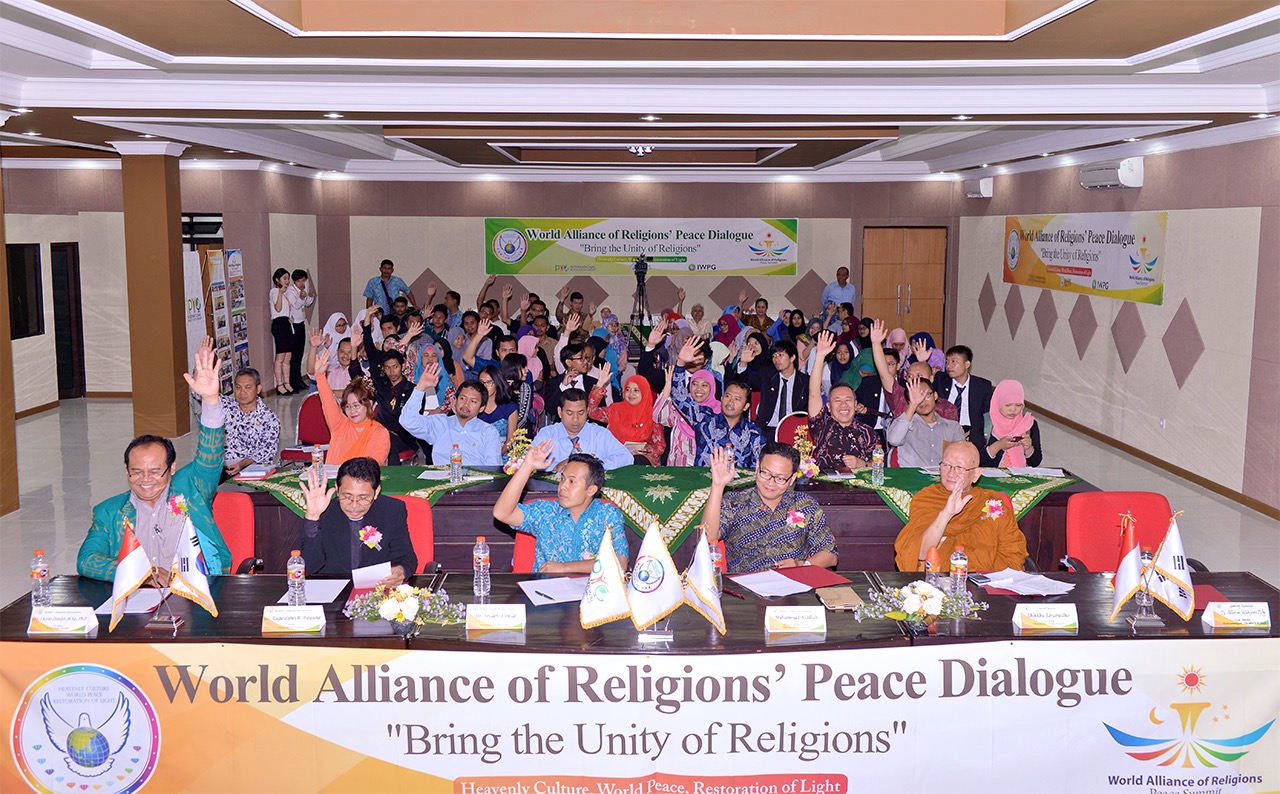 Interfaith dialogue begins the restoration of fundamentals of religion

In these contemporary days, religion is considered as a main factor affecting the conflicts in the world. Scholars say that violent acts of extremism have the basis on the misinterpretation of religious scripture as means to mobilize the public and incite angers in the mass number of people.

Imam Anas Hajjar, Head Imam of Finland Islam Community, pays a closer attention to religious scripture and points out that “Because many people interpret the scripture with their own thoughts and ideologies without correctly knowing what is the will of God inside the scripture, and if laymen continue to interpret without true knowledge and study, the problems caused by extremists will continue to occur.”

There’s a rising voice calling for religious leaders to take a strong stand in restoring the true value of religion to lead humanity into a just and peaceful path, rather than leaning toward any forms of extremisms through misinterpretation.

“Terrorism, sectarian violence and religious conflicts have deprived us of basic human rights, resulting in people under pains that go beyond description. The love and tolerance of love have disappeared in the communities. Selfishness, lack of acceptance of the other and the absence of a culture of tolerance and human values have made the communication even more difficult. However, religion does call for peace among peoples. The seed of peace is possible with this desire and with this longing to change the world,” said Mr. Tharwat Gaid Salama Gaballa, Chairman of Horus foundation for Development and training in Egypt. 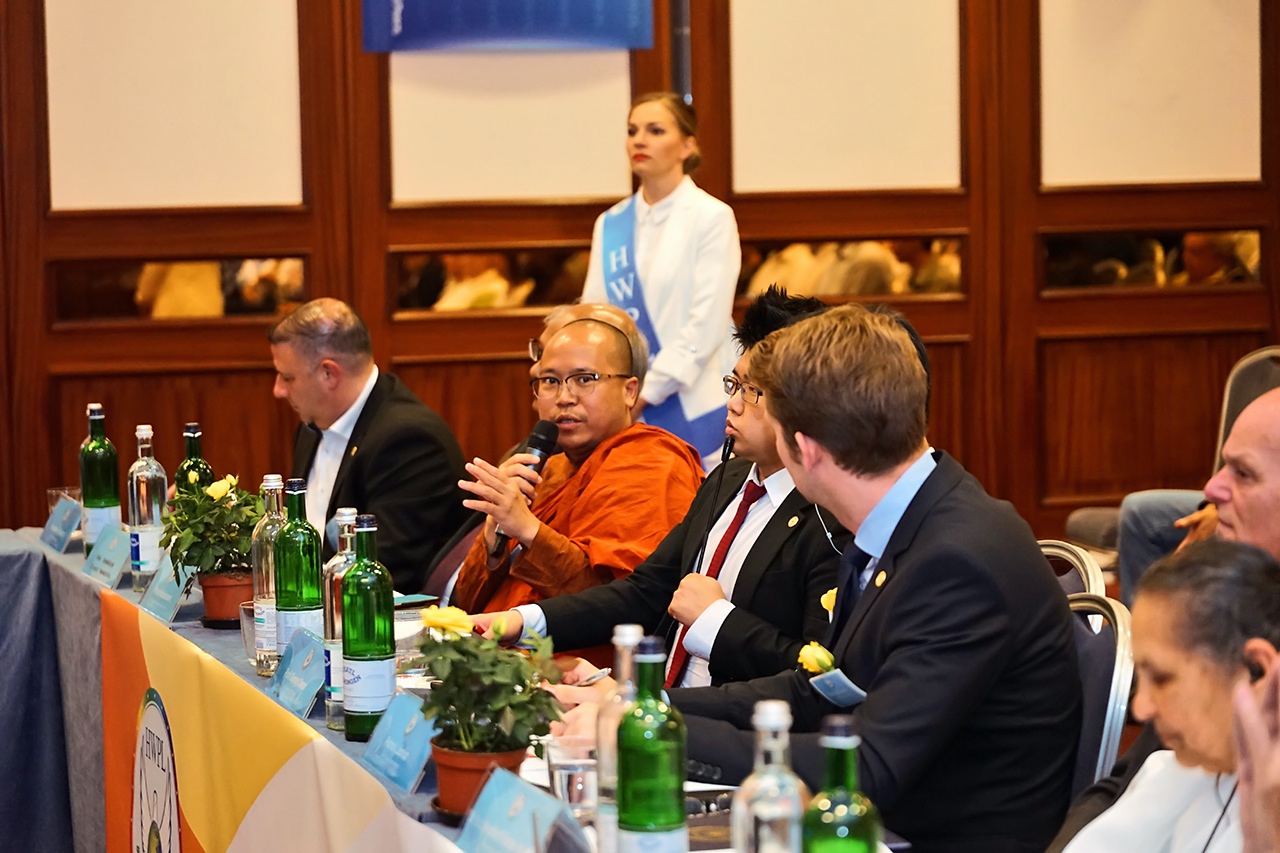 “The common objectives that all religious scriptures pursue are the realization of peace and justice, conflict resolution, human dignity, and valuing diversity. Thus, along with the diverse backgrounds and various factors that cause conflicts, we approach towards the root cause of this hospitality among beliefs, which we define as the misunderstandings that arise from the misinterpretation of these scriptures,” Mr. Gaballa added.

Regarding the role of religious leaders, Imam Anas Hajjar, Head Imam of Finland Islam Community emphasized, “Although political extremism and the hate-speech have been in the rise in Europe, NGOs have a critical role in resisting and opposing this type of breakdown in respect of the laws of religious freedom, peace and harmony in the country. The best way to combat all types of extremism is knowledge and this part of the job is given to scholars and religious leaders.”

“In order to find the truth all the humanity wants religious leaders need to put away the thoughts that only my religion is the best and do the comparative work based on Scriptures without dividing themselves and saying ‘your religion’, ‘my religion’,” said Swami Veetamohananda, Swami (religious leader in Hinduism) of Ramakrishna Veda center.

A platform for religious leaders as a new attempt to establish a network of peace to enhance understanding of religions through scriptures has been carried out 220 locations from 130 countries. Named “World Alliance of Religions’ Peace (WARP) Office”, this platform since 2014 is designed by HWPL to find the nature of religious values for peace building through scriptures.

“The culture of earth cannot disguise the one of heaven with a man’s yardstick of judgment. Religion is to learn the world of spirit and teachings of God. This is the heavenly culture that guides us to the world of peace. Through the WARP offices religious leaders have brought religious scriptures to examine trustworthy, physical evidence of religion. In search of the true teachings written in trustworthy scripture, religions should be one under the true teachings. When we continue to do this comparative studies, there will be no more wars triggered by religion,” said Mr. Man Hee Lee, Chairman of HWPL.

Oliver Kang, pastor and international missionary of the Evangelical Worldwide Mission Church, said, “Therefore, if we want peace between religions, if we want no more wars, then religions need to turn away from the path of corruption. That is why we are comparing the religious scriptures through the WARP Office meetings. Discussions based on comparing the scriptures is the optimal solution to resolve the problem of corruption.” 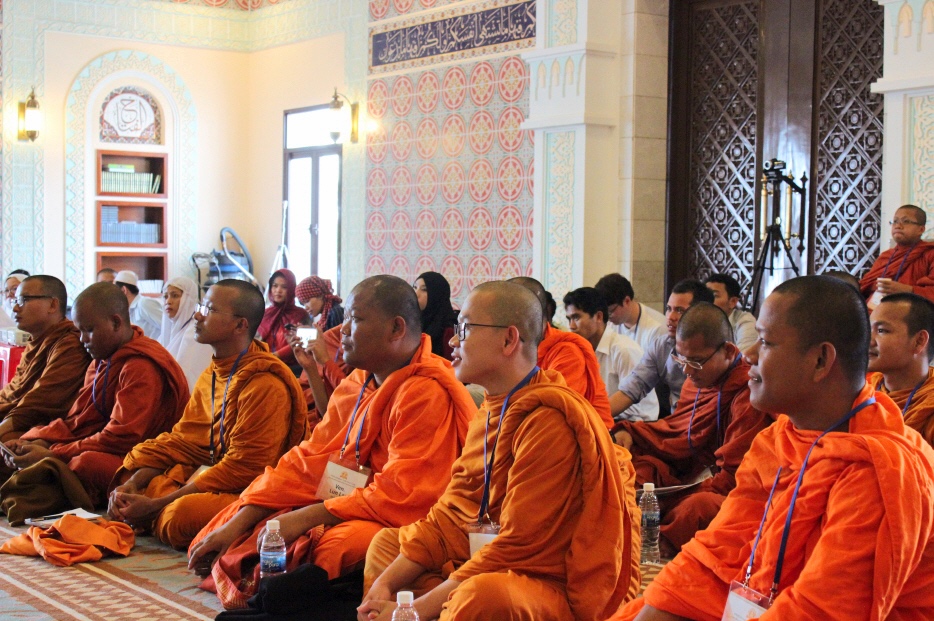 According to HWPL, this religious network of peace further is further developed to appeal to young generations to build confidence of religion through communication and understanding. “Various religious teaching program for youth such as religious youth peace camp gives lesson for participants to learn about the general history of world religions, find the root cause of and plausible resolutions to religious conflicts and disputes, examine the religious community’s roles for peace, and experience cultural exchanges,” said Dr. Ahmed Jasem Hmood Al-Maliky, Sheikh of Office of the Religious Reference Sheikh Mohammad Al Yaqoobi in Iraq.

“Starting by taking out the prejudice that I am right and you are wrong, let us communicate and interact with each other with these questions in mind: ‘Is what I know always right? Is the other religion always wrong? Or is there something in that religion that mine doesn't have?’ Let us find the best truth and achieve the ultimate value of peace,” he added.